Atlanta’s Own DAEtrius Responds To “Ebro Darden’s” Call To Action With The “EBRO Demo EP”. 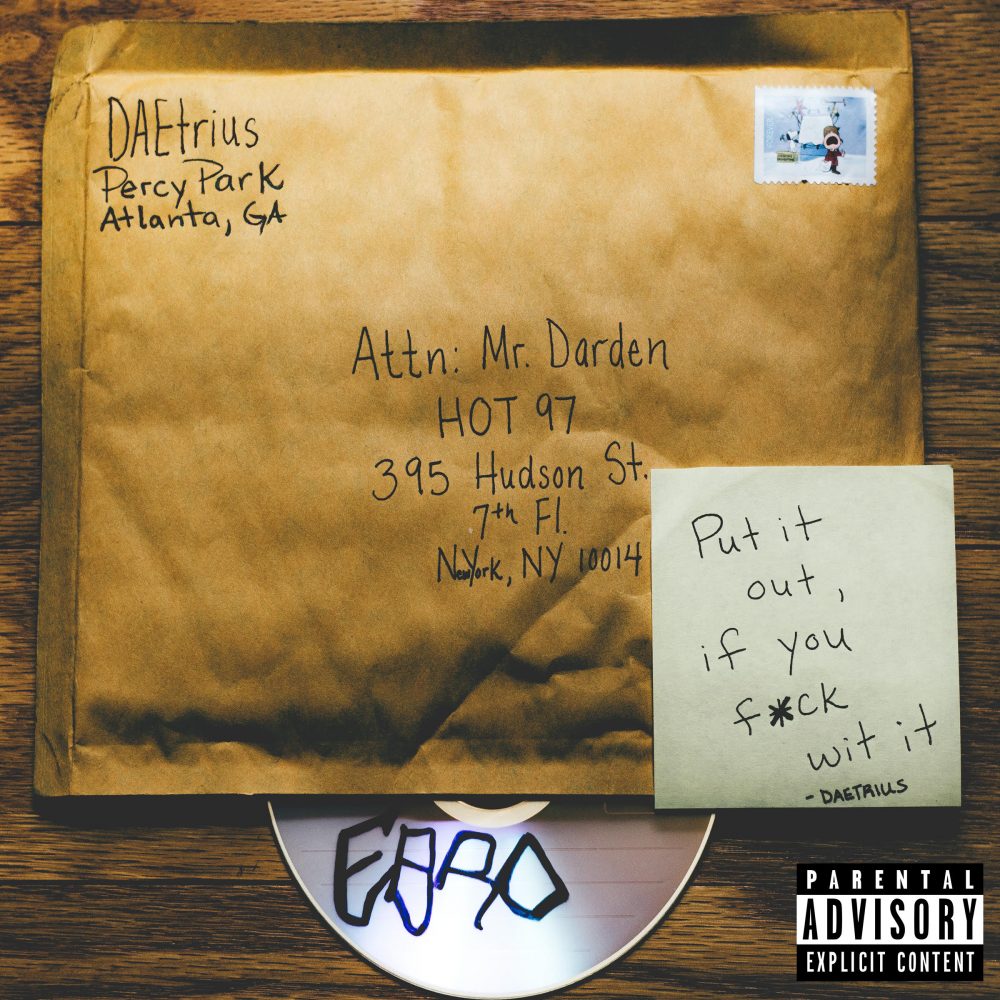 Atlanta’s own DAEtrius responds to Ebro Darden’s call to action with The EBRO Demo EP.

Inspired by Ebro Darden’s comments to Jermaine Dupri during a recent interview about the current state of Atlanta’s hip-hop music scene, DAEtrius, 22, takes a quick break from recording his debut project to prove the “ the south has something to say”. On The EBRO Demo, DAEtrius weaves an interesting narrative that begins with “Ebro asking Atlanta artists to “step their bars up” and ends with a Peter Rosenberg/Raury interview where Rosenberg gives a heartfelt mention of DAEtrius as one of the Atlanta artists currently making dope music. In between these sound bites, DAEtrius makes a strong statement for himself and his hometown; honoring Hip-Hop’s birthplace while staying true to his Atlanta roots in just four songs. On each track, DAEtrius displays versatility, sharp lyricism, personal storytelling and song writing abilities. The EBRO Demo is a reminder that legendary artists like Outkast and T.I. came out of the south. If this project is any sign of what’s to come, the future of the south is in good hands.

The EBRO Demo will be available on Apple Music and all other platforms on Thursday, June 30.  This concise, yet complete EP is mostly produced by up-and-coming producer Epikh Pro (Bryson Tiller, R. Kelly, Tamar Braxton, Royce da 5 9) and also contains production from famed producers The Olympicks (Rick Ross, Lil Wayne, ASAP Rocky). On the EP’s lead single “Parades” (feat. KO/Produced by Epikh), DAEtrius explains how the music scene is analogous to a cavalcade.  He showcases why he should be on the lead float of the procession with lines like:

“Part rivers in these Hudson Jeans/ build bridges, on my Dr. King/
I want my dynasty on A&E/ Ain’t nobody A as me/
Stiil F*ck with Ebro/ Yeah, I did this sh*t for Pete/
I got something to say feeling like I’m 3/ Stacks, all my cards stacked/
N*gga play with me”

Be on the look out for DAEtrius’s first full-length album, PERCY PARK this July. Stay up to date with all of the latest DAEtrius news via http://www.DAEtrius.com

About DAEtrius: Even though DAEtrius, 22, is preparing to release his first full-length project PERCY PARK this July, he isn’t new to the music scene. Honing his skills since the young age of 11 while being around the presence of Gucci Mane, Waka Flocka, and Nicki Minaj, this polished Atlanta artist is primed and positioned to make a major impact on the music scene. After taking Atlanta’s A3C music conference by storm last fall (performing on several stages and even in the streets!), DAEtrius brings his music to the world with The EBRO demo this month, and PERCY PARK later this summer. His strong lyrical ability, versatile song writing skills, relatable disposition and engaging stage performance will put him head and shoulders above the rest.