Atlanta Meets Albany – The New Kids on the Block, Rappers “Dun and Dre” 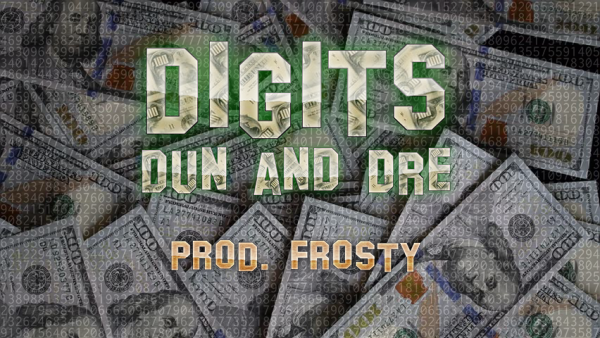 Soundcloud rapping has become a mixed batch of good and bad. There is so much content out there nowadays that it has become difficult to find new and talented artists. Dun and Dre are an example of this hidden talent that Soundcloud has buried into the platform. Two completely different personalities collaborated on a bass-bumping beat produced by another one of Soundcloud’s hidden talents, “Frosty.” What makes these unknown characters so special? Take one listen to their new track “DIGITS” and you will see how much potential these kids have.

Atlanta has become the centerpiece of “Rap Culture” in the United States. Darnell Douglas, a.k.a. ‘Dre,” was born and raised just 30 minutes outside of the A. Surrounded by gangs, violence, and other dangers; Dre has done his best avoid these obstacles and maintain his focus towards success. However, he found that making friends was the best way to stay safe. While still avoiding violence around his community, Dre built his circle strong making sure nobody would mistake him for a pushover. His lyrics represent the lifestyle he grew up on, and continues to live on an every day basis. Matched with a raspy, Atlanta flow; the results are exceptional.

On the contrary, Dylan Conway, a.k.a. “Dun,” has grown up with a completely different lifestyle. As a white boy from a suburban town just outside of Albany, NY; he never expected to gain a following for his raps. When he was told we were writing this article for his new single, he was convinced it was a joke. The demographic for white rappers has proven to be a very hard niche to work into, however, Dun has the skills it takes to be a successful creator in the community. Whether it’s his speedy flow or simply the lyrics he writes, he is a “great asset to the song creation process,” said his producer “Frosty”.

The two rappers met back in 2011. Dre transferred to the same school as Dun, Bethlehem, just outside of Albany. He was living with his dad at this time who is a counselor at the school. They created a friendship that lasted well after Dre went back to the A just a year later. The collaboration has been long-awaited for the two, as they have been planning on making music together for years. When Dun met the talented producer “Frosty,” he immediately turned to Dre and knew they were going to make something special. A month later, Dre took a trip up to Upstate NY, and the track “DIGITS” was released. With it, they proved that their music should be taken seriously.