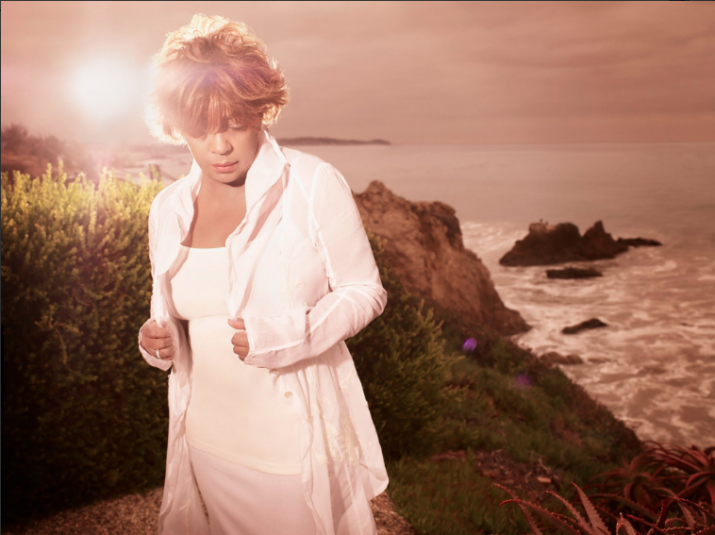 Could we be seeing an Anita Baker merch line soon?

On Monday, GQ released a new interview with legendary rapper André 3000. Like most things involving 3 Stacks, the interview was very interesting.

One of the more intriguing parts of the interview came when Andre revealed that he wants to work on clothing line dedicated to legendary singer Anita Baker. This idea came to 3000 when he found that he couldn’t find any legitimate merch featuring the singer. So he bought a bootleg shirt:

“I’m an artist, and I’m buying bootleg shirts of another artist, so I felt bad. So I was like, Maybe, so my conscience feels good, let me try to find an address for Anita and send her a little check. And it’ll be a joke, like, ‘Anita, I just bought these shirts, I feel bad about it, here’s $50.’ Then I started thinking, Wouldn’t it be great to design a line of Anita Baker tees and present the line to Anita? Maybe she needs some merch.”

André went on to say that he wanted the line to come from the “angle of ‘Anita, we love you.’” Well, Anita was listening. 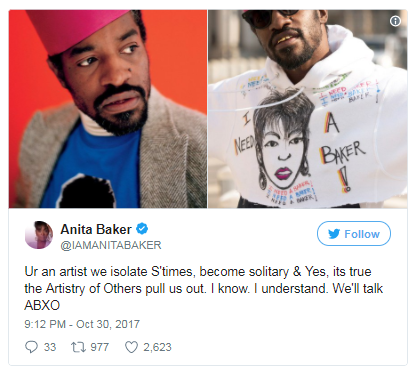 The singer, who retired at the top of the year, tweeted out her response to the article.

Who knows what “we’ll talk” means. It could be about the line, or it could be about general life stuff. we shall see. But don’t let anyone ever tell you journalism isn’t important.