Amanda Marie – “Star On The Rise” 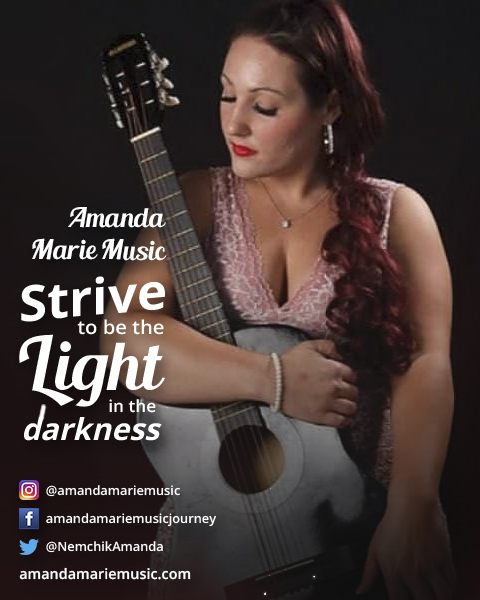 A star is reborn: Local artist makes it to major independent music award show and LSE/Sony Distribution deal on her recent Single “they say life”, 2018

2018 has been a promising year for music fans in Orlando, Florida. Recently, one of their most promising vocal talents, Amanda Marie was nominated for a host of awards in a number of forums. Amanda was nominated for rising star of the year 2018 at this year’s Josie Music Awards. She was also nominated for Actor/Model of the year as well as new artist of the year at the Music Guild Heritage Awards 2018 that will be held this coming November. Amanda is being signed to LSE/Sony/XOD for a single distribution deal on her song, “They say life”. The official announcement from LSE/Sony/XOD is said to happen in a matter of weeks.The song will appear on the second Compilation CD known as the Life Show Docudrama alongside other major independent artists from around the world. The compilation CD will be available for pre-order in January 2019. Please visit www.amandamariemusic.com for dates on new music as well as tour information and merchandise.

Amanda Marie has lived in Orlando for more than ten years now and for the past two years has been perfecting her act in writing music and performing. Her journey to the top has been very turbulent. Two years ago, she was involved in a severe, near fatal car crush.

Her talent has not gone unnoticed and her light continues to shine brighter even after the near fatal life events.

“Amanda delivers powerful and emotionally charged vocals that stir up deep feelings within her listeners. She has remarkable ability behind the microphone,” reads a comment in the blog, Twist Online.

Amanda’s hard work and persistence earned her a full sponsorship from Sail University studio for all her recording needs. Her nearly-unrivaled vocal energy and dominance continues to gain recognition far and wide. She was also nominated for Indie Ville TV awards 2018, Female vocalist of the year, Radio single of the year and Music video of the year at this year’s Nashville Universe Awards.

Amanda Marie also has a soft spot for nature and has founded a non-profit organization by the name OCEANERS. She founded the organization with an aim of riding oceans from non-biodegradable material.

Amanda Marie is an inspiration to many young artists. She has overcome a lot of what life has had to offer, a perfect example of making lemonade from the lemons that life throws at you.