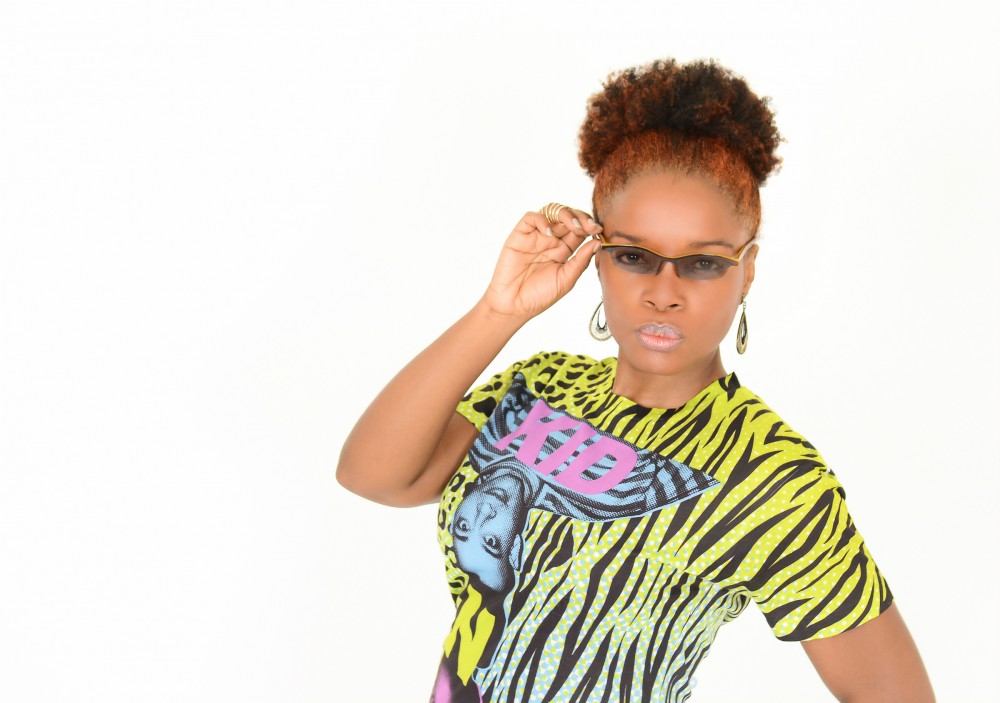 Trinidadian singer and producer, Alicia Saldenha, or Lady A, is making sure that the spectacular power of Black History Month this year continues unabated, taking it all the way to Japan with the release of two music videos her rap single, “Can You See Me? (Hands in the Air).” Saldenha hails from the Caribbean twin-island Republic of Trinidad and Tobago, but is currently based in Osaka.

The singer, songwriter, MC, producer and human rights activist, wrote the song in protest of racism and police brutality, and as a call for international and interracial solidarity. Saldenha shows that #BlackLivesMatter not only in the United States, but in the Caribbean and in Japan as well.

Her message of peace and unity shines through in the two music videos, which the singer also directed. The first video was edited by Alicia Saldenha herself, while the second video remix, to be released shortly after, was edited by Dave Dawang.

Alicia Saldenha is well-known as a jazz, soul and funk singer-songwriter in Japan, with two albums, “Rose” (with popular instrumental group, indigo jam unit) and “Dance with the Sun” (her solo album) under her belt. She is the founder of Freedom Fest Japan, a festival devoted to human rights and social justice, as well as the producer and host of the music podcast, “VibeOlogy,” on Blackan Radio, Japan.

“Can You See Me? (Hands in the Air)” invites everyone to join the international and ultimately very human struggle for freedom, equality, unity and peace.

We had a moment to catch up with Lady A to see what’s new with her and her new music video “Can You See Me”.

I guess that life keeps me motivated. It is full of joy and pain. It is full of surprises. And music is the way I express how I feel about it all. Everything I feel and experience eventually makes its way into a new song. And as I grow and evolve, my music evolves as well. Moreover, music offers so many areas to develop your talents. So now I not only sing and compose, but I’m producing my new songs. With this music video, I’m also directing and editing. Discovering these new roles and abilities is also motivating. Not to mention that I’m a Caribbean girl in Japan. That is perhaps as foreign as you can get. I’ve found that music is a great, universal language. It a wonderful bridge for communication and friendship. That motivates me, too.

I like the name “Vintage Media Group” since the word “vintage” gives the impression of something timeless, with a rich history, value and a cool aesthetic. Vintage Media Group seems to embody those values, creating a space for the promotion of real hip hop and for emerging artists and their talents. We need positive spaces like this.

3) Being that you are from Japan, what is the state of Hip-Hop there? How would you titled your style of music?

Well, I’m actually from Trinidad and Tobago, in the Caribbean. I live in Japan. That said, I’m not really an expert on the hip hop scene there. My new project features a lot of hip hop, but my background is actually jazz, funk and soul. I can say, however, that there seems to be a very cool underground hip hop movement in Japan. The real creativity seems to come from there more than from the acts signed to the major labels. The labels seem to look for pretty boys and girls. Having talent is not a prerequisite. So the energy is underground.

As for my new project, you can see how my music is evolving. It’s a mix of hip hop and Caribbean electronic dance music. I’m calling it TDM for Tropical Electronic Dance Music. You’ll hear the influence of soca music from Trinidad and Tobago, dancehall from Jamaica, you’ll find African, Middle Eastern influences. It’s very dynamic and exciting, with powerful messages.

4) With your most recent music video “Can You See Me/Hands In The Air” is a DEEP visual, I Really Like It… can you give us some details on how you came up with that song?

I was inspired to write “Can You See Me? (Hands in the Air)” from the Hands Up, Don’t Shoot movement that grew out of the police killing of Michael Brown. While I was glad to see so many people standing up, taking to the streets, starting to discuss and organize, I was also a bit troubled by that image of the hands in the air. I didn’t want it to be mistaken for surrender. We can’t surrender to injustice.

So I wrote the song to discuss these ideas and to put the focus more on the sign of power, strength and pride. And not just for black people. I really believe that we all have to care and we all have to work and act together to achieve any meaningful change. So in my song and in the music video, the black power sign becomes one of interracial and international strength and solidarity. It’s an invitation for everyone to get involved.

There are so many. But for this song, “Can You See Me? (Hands in the Air),” I was definitely influenced by great jazz, soul, hip hop, reggae artists and calypsonians who were also powerful voices concerning human rights and social justice. Nina Simone, Abbey Lincoln, Bob Marley, The Mighty Sparrow and 3Canal from Trinidad and Tobago, KRS-One, Stevie Wonder, Lauryn Hill and Saul Williams are a few. They showed us that music could be entertaining as well as powerful. That it could bring people together. That it could tear down walls and erase hatred. I would like to follow this example, to use my talent not simply to make money or to glorify myself, but to communicate with others and hopefully, to make a difference.

I’d like to thank Vintage Media Group for giving me this opportunity to introduce myself and the new music video. Many people in Osaka came forward to assist or to participate in the video, so a big thank you to them as well. This was my first time directing. It was a lot of fun. I hope you all enjoy it. There will be a second version coming out edited by Dave Dawang, so do stay tuned. Please follow me online and look out for some new music soon. Thank you. Peace and light.