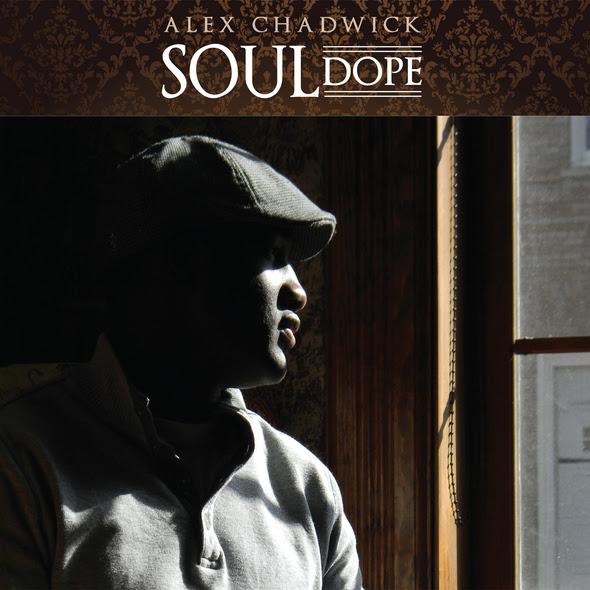 Born in White Castle, Louisiana, just 45 minutes from New Orleans, where artists like Master P and Cash Money Millionaires made their claim to fame, Alex Chadwick is an MC as well as what many would rightfully refer to as a true storyteller. While his southern contemporaries are known for their explicit content, laced with elements relevant to their environment, Alex’s lyrics possess progressive connotations that exceed the boundaries of his neighborhood.

1. Is “Alex Chadwick” your actual government? Was it a reason why you choose to use that name as your stage name?

-In Fact it is. My full name is Alex Chadwick Jones. Years ago I went through so many names. I realized that none of those names fit my personality at all. Growing up I always hated my middle name “Chadwick”, but as I got older I totally embraced it. I think Chadwick is unique. Jones was too common so I dropped it and went with my first and middle name.

2. What separates you from other artists? What is it that you know about yourself as an artist that makes you different?

-I know that the music I do is organic. I don’t participate in this craft for the fame and glory. Don’t get me wrong, It would always be a nice thing for millions of people to identify with and like your craft. I’m sure there are other real organic artists like myself. I think and breathe song writing. I’m always looking for a way to tell a unique story. Trying to sound clever and punch lines is not my lane. So I stick to what I know, but please believe I can get busy if I have to…haha!

3. What are some of your current accomplishments? What are you hoping to achieve outside of your music? What else do you hope transpires from your music?

-Recently I’ve shared the stage with some prominent names in the industry. Talib Kweli and Big Krit. I just released my 4th project entitled “SOULdope”. My hope is that i inspire others with my music. If you listen to this SOULdope album you will hear that there is something on there for everyone. I’m not sure that many people know this, but I am an Active Duty Military Service Member. I’ve been in the U.S. Air Force for 13 years now. So this music is usually part-time, but I put as much time as I can into it. So the time I do spend with it, my only hope is to have the world listen and be inspired!

4. What inspired you to become an artist?

-Honestly, I know it was God. This is my God given talent. I’ve literally been writing songs and poetry since I was 8 years old. I feel like I didn’t choose this…..it chose me! There are a lot of cats out there that just recently discovered they could do this kind of art. Some are truly talented and some are just chasing what appears to be fast money and fame. I’m inspired every day. Even if I don’t produce anything that day, it’s still bubbles up inside of me every day to create something.

5. Have you incorporated other genres such as pop or rock in your music?

-I’ve experimented with a little bit of rock. A popular sound just don’t hit me in the gut you know?? Doesn’t touch my soul. Don’t get me wrong…..i listen to popular music, but to create it would be extremely forcing it…hahaha!

6. So I heard that you had an exclusive digital distribution deal with the legendary New York Based “Rawkus” Records, the label that birthed the careers of Talib Kweli, Mos Def, and Common, how was that experience? And any interesting stories?

-Yes yes!! 2006-2007. It didn’t last long at all. It was an amazing experience because that’s when I started my professional career, when me and my partner released an album with them. I was just used to writing and recording in my bedroom. When they gave us that chance our music ended up in all kinds of places. At the time I was living in Europe so it allowed us to do a little bit more and strive for a fan base. They had so many other projects they were working at the same time, that I believe they bit off more than they could chew. I thank that whole Rawkus team for believing in us and giving us a chance.

7. Are there any rumors you would like to clear up?

-None actually! I’m a decent wholesome dude that loves life and people. I don’t think my energy allows for people to have heard any rumors about me…lol. Hey..wait……there is a rumor! There’s a rumor that I can’t go in and do harder records. The fact is that I don’t care to do them unless I absolutely have to do them. I just like soulful music.

8. When you think of “Vintage Media Group”, what comes to mind?

-Well it sounds pretty prestige!…lol. Sounds like something I should be a part of. Now the name itself implies mixing some old with some new and just making and keeping it fresh.

9. What can we expect from “Alex Chadwick” this year? Or in other words, coming up soon?

-Well….i’m gonna be doing a little more to promote my SOULdope album. Working on a European Tour. I’m finishing up a mixtape that is due to be release later this year. Other than that, working full-time and being a part-time emcee hero..haha!

10. When I listened to “SOULdope” I personally was impressed and love the whole concept of the album, what steps were taken to create this album?

-Well finding the right soundscapes was a daunting task. I went back to Europe in May 2012 to start the process of the album. The funny thing is that I did not have the album title until I was there a week. My whole goal was to travel the region in search of inspiration and a feeling. I traveled to Paris, France where I wrote a few records and many cities in Germany. The crazy thing is that all the music I wrote and recorded there didn’t even make this album. It wasn’t until I was home when I really started recording the music I knew I was gonna keep for this project. I always want people to understand that it was a crazy process because I had to do mostly everything on my own. Basically I was the manager, engineer, the artist and the creative director for this entire project. So I should certainly give myself Executive Producer credits on this one…..haha!

-It means old classic. That’s really it in a nut shell. I can say just old, but when I hear the word I think of some good ol’ classic.

12. Outside of the music, are you involved or working on anything?

-I’m actually a senior with the University of Maryland about to finish up my Bachelors in Marketing. And I’m always involved in the community helping those that are less fortunate than me.

13. Who are some of your influences?

-Oh Wow! 2 Pac has to be my biggest influence ever! There are others, such as Talib Kweli, Mos Def, Common, Little Brother, Nas…..the list can go on!

14. Being that you are from White Castle, Louisiana what is the state of Hip-Hop there? How would you titled your style of music?

-WC is a small town. I can honestly say there is no one there doing the style of music I’m doing. There are so many influences but the boom bap sound flourishes in what I do. Most music there is a little more club and rattle your trunk type music. There is only one title for the music I do and that’s…..SOULdope..haha!

-I just want to say thanks to everybody who supports me and my craft. Music is a part of me and my only hope is that I influence all of you in a positive way to be better individuals.