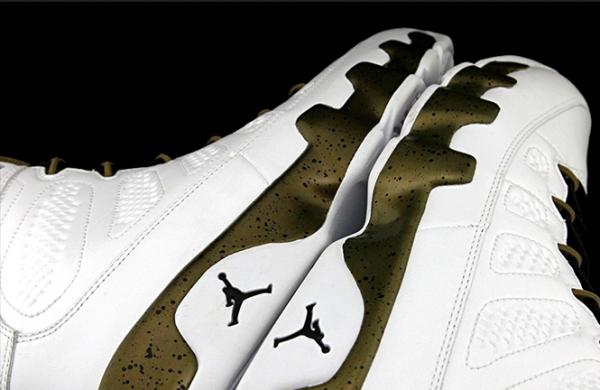 On November 1st, 1994, The Michael Jordan sculpture was originally commissioned after Jordan’s initial retirement following three consecutive NBA championships and unveiled prior to the Bulls taking residence in their new home stadium the following year. 21 Years later, Jordan Brand releases theAir Jordan 9featuring a copper theme of Militia Greento resemble the landmark.For this Air Jordan 9, a White base takes over the upper while Militia Green accents the shoe. Nov 1st, 1994 is written behind the tongue, which is the date the statue was unveiled.

Let us know if you’ll be copping these when they release.