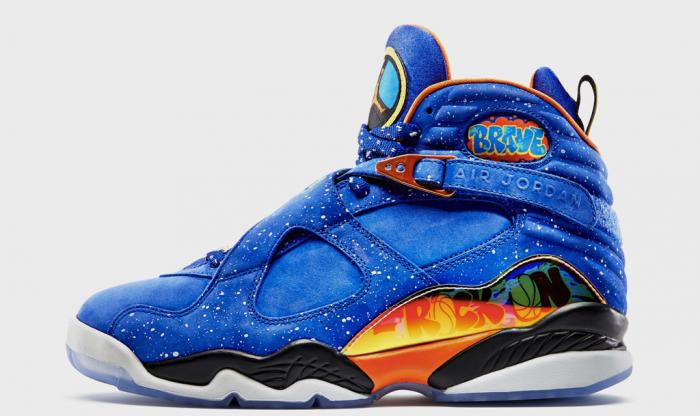 Caden Lampert, the designer of this year’s Doernbecher Freestyle Air Jordan 8, was diagnosed with Guillain-Barré syndrome, a life-threatening autoimmune disease where the body’s immune system begins to attack the body itself. His hobbies include magic, music, dirt bike racing, and he’s apparently a pretty good shot with a rubber band.

Caden’s Air Jordan 8 is covered in personal details, including inspirational phrases like, ‘Hang Loose,’ Rock On,’ and ‘Brave.’ A passionate basketball player, his jersey number #14 is visible atop the straps, while his brothers names Blake and Ryland and written beneath.

You can buy the Doernbecher Air Jordan 8, along with matching apparel, on Sunday, November 23.