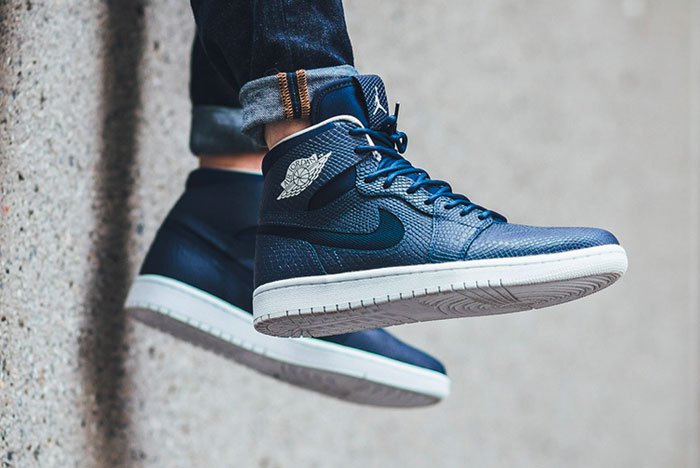 The Air Jordan 1 hasn’t made too much noise so far this year as the biggest release that we’ve seen is the David Letterman colorway that released last month. However, just because an Air Jordan 1 doesn’t have Nike Air branding doesn’t mean it can’t be dope.

There’s a new Air Jordan 1 High Nouveau (which features the Jumpman on the tongue) that is now available at retailers. This Air Jordan 1 feature a snake-scaled upper in a tonal Midnight Navy colorway. Contrasting hits of White and Pure Platinum land on the inner liner, sole, and on the Jumpman and Wings branding on the tongue and ankle respectively. The Swoosh branding on the upper is composed of mesh instead of faux snakeskin leather.

Stand out from the crowd this Summer and pick up this Air Jordan 1 at select Jordan Brand retailers for $150.