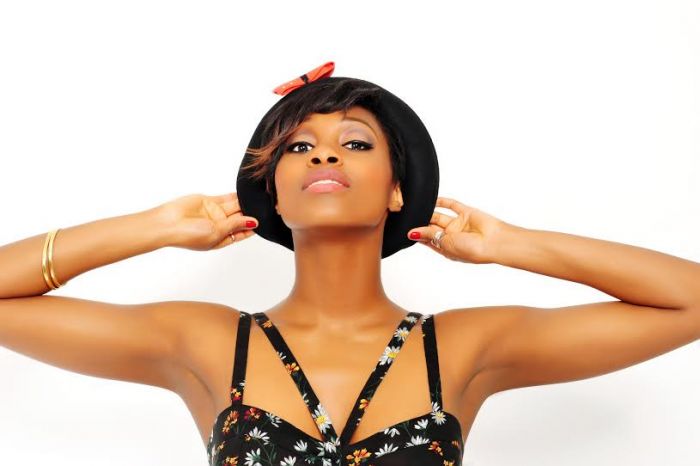 Introducing Rochelle Neil! We first caught up with the British starlet at this years Triforce Short Film Festival, held at BAFTA in London. Triforce, founded by Jimmy Akingbola (CW’s Arrow) and Fraser Ayres (Adulthood), has proven to be a great platform for independent filmmakers and this year was no exception. Rochelle starred in two films that were screened during the festival. She gave a powerful performance alongside Kate Dickie (Game of Thrones), in “Gracie”, a touching film written and directed by newcomer Matthew J. Morgan. She also featured in “Could You Be My Match?” The groundbreaking micro-short was created on behalf of the African Caribbean Leukemia Trust (ACLT) and was nominated as one of the four Triforce festival finalists.
So who is Rochelle Neil? Noted as one of the most exciting and versatile talents currently emerging from the UK, by the look and length of her professional credits, she is an actress not to be underestimated.
A born and bred Londoner, Rochelle trained at The Italia Conti Academy of Theatre Arts, from the age of 13. After making her on screen debut in “Law & Order”, opposite Ben Daniels (House of Cards), somewhat of a chameleon, Rochelle has graced the stage and the big screen, along with many more TV appearances. Most recently popping up in the prominent BBC drama, “Death in Paradise”. Rochelle has toured the UK and internationally with world class shows like “Chicago” and featured in the original West End cast of Matthew Warchus’ “Ghost the Musical”, penned by Academy Award winner, Bruce Joel Rubin. Last summer, she gave a stand-out performance as Mayme in “Intimate Apparel” (nominated for Best Play at the Evening Standard Awards). Furthermore, as a much sort after Master Compere, she has hosted shows for the likes of Vivienne Westwood and Matthew Williamson at London’s hotspot The Box.

With all this in mind, we wanted to know how Rochelle managed to maintain such a high level of versatility within the industry and what she thought of her growing reputation as one to watch. I spoke briefly with Rochelle on the subject and she told me she prefers to keep it simple. “I tend not to focus on things like that to be honest…I love what I do and just aim to be of service to the story that I’ve been invited to tell but…thank you!” As I write she is about to take on the female lead in Odilon Rocha’s up and coming feature film, “The Hand of the Creator”. It’s fair to say, watch this space!