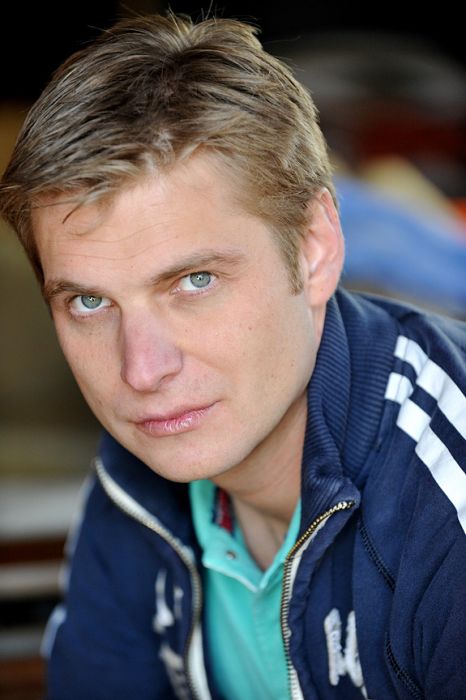 Pierre Macko has a face that’s hard to forget. And that is a good thing for an actor – not so good if you rob banks, however, which Pierre does not do. His classically sculpted face and piercing green eyes are fascinating to look at and can be slightly intimidating because of their striking handsomeness. His tall frame and athletic build seal the deal and convince the viewer that a star is only a few feet away.

Pierre Macko’s French is quite stunning, too, along with his charming and fluent English. This guy actually doesn’t have to speak in order to be charming; you know he is within the first five seconds of seeing him. He’s serious, but always ready for a good laugh. He can play the role of a businessman and you will invest hundreds of thousands in him without him even asking. When he plays royal characters, you inevitably want to curtsy or bow to him, believing all the while that he, indeed is what he appears to be.

Pierre, the Frenchman who lives in Belgium, also has worked in Los Angeles and has acted in commercials, theatrical plays and numerous films. One of his favorite roles was Richard the Lion Hearted in “Via Crucis.” He loved the costumes, although the armored ones were a bit heavy. Pierre is so convincing as an actor that when he rallied his troops with his bellowing bursts, injecting courage into his men, it looked like some of the audience members began to get out of their seats to go with him.

Pierre can play anything. He can be anything. His businessmen roles are interesting because he invariably adds another dimension to the character that raises the bar and the interest of the audience. He can steal the show if he looks dead-on into the camera. Once the editor sees the footage he or she will have to put it into the film simply because it heightens the drama of the piece, even if no lines are spoken.

Pierre was born in Belgium and is a French citizen who resides in beautiful France. He speaks fluent French and English and loves to travel, even if it isn’t to make a movie. He looks pretty serious, but he is only waiting for a reason to laugh.
We can’t wait for his next film to come out.