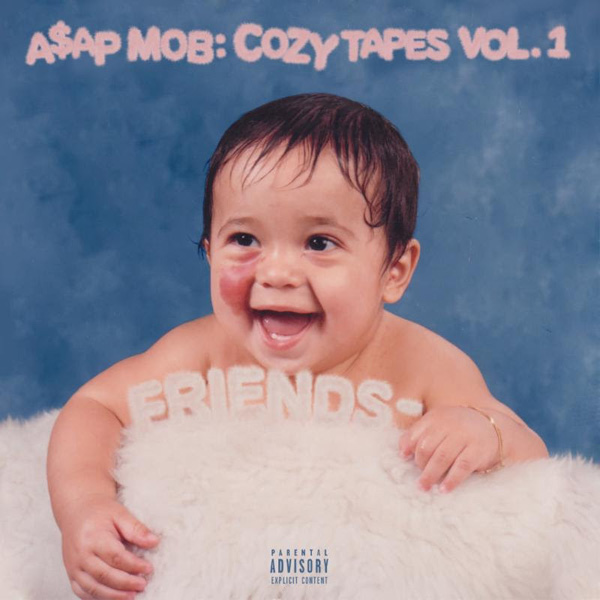 The entirety of the A$AP Mob (as well as the hip-hop world) was struck with tragedy just under two years ago when its founder and leader, A$AP Yams, died from an overdose.

Before he passed, Yams was beginning to assemble a new A$AP Mob mixtape, which the crew continues working on after his death. While it seemed A$AP Ferg’s and A$AP Rocky’s projects (A.S.A.P. & A.L.L.A., respectively) were of the utmost importance of the Mob, the last half a year they were committed to finishing the new project, which is now called Cozy Tapes, Vol. 1.

The cover features a baby A$AP Yams with “friends” splayed across him, and there are plenty of them on the new 12-track mixtape. Outside of the Mob, Wiz Khalifa, BJ the Chicago Kid, Juicy J, Offset (from Migos), Lil Uzi Vert, Lil Yachty, MadeinTYO and more.

Cozy Tapes is lead by “Yamborghini High,” which the Harlem collective revealed in the months following Yams’ death. A$AP Mob also released “Money Man,” “Runner” and “Telephone Calls” over the last week, too.

Take a listen below and cop on iTunes.