A Nike x Biggie & 2Pac Pack is in the Works 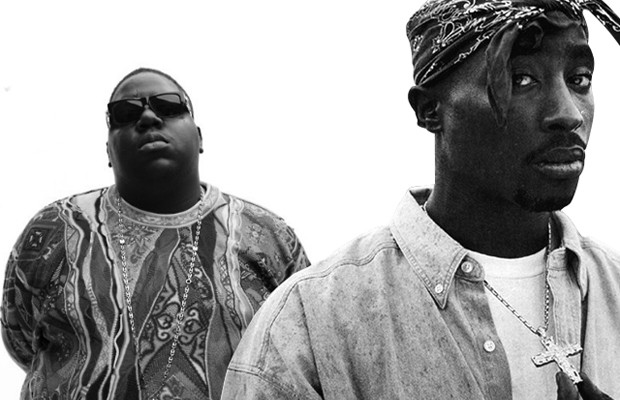 There’s a huge misconception about the beef between the Notorious B.I.G and 2Pac. At the beginning of the dispute, it was a dust-up between Bad Boy Records and Death Row Records. At that point, it was never a battle between the East and West Coast until the respected hip-hop publication, VIBE magazine, published a cover story stating that the east and west coast had beef. Both camps ran with that narrative and we lost two hip-hop legends very early in their careers and lives.

Now, it looks like the Swoosh will be commemorating both of the legends with a Nike SB ‘Biggie & 2Pac’ Pack. The sneaker designs are influenced by two legendary photos of both the icons. The ‘Biggie’ themed sneaker will take on the Nike SB Dunk Low and feature a light denim base while the ‘2Ppac’ themed sneaker will take on the Nike Air Force II silhouette in black. Both pairs of kicks will feature recognizable graphics on the insole of each sneaker.

As of right now, there are no in-depth photos of the Nike SB ‘Biggie & Tupac’ Pack but the two sneaker pack is expected to drop May 12th, no pricing information is available at the moment. With that said, do you think that a B.I.G and 2Pac themed sneaker collab is necessary or worthy of copping? Let us know your thoughts in the comments.