50 Cent Clowns Joe Budden for Near Scuffle With Migos 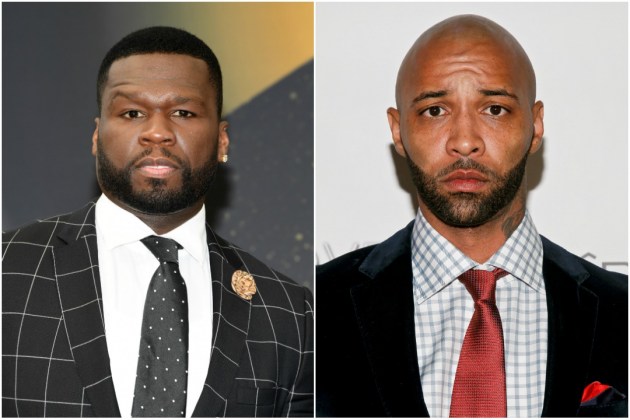 This past weekend, rapper and hip-hop media personality Joe Budden nearly came to blows with Migos during an interview at the 2017 BET Awards. Naturally, 50 Cent‘s come forth to comment on the matter, and not too surprisingly, he makes a point to poke fun at Budden. Peep a screenshot of Fif’s now-deleted Instagram post below.

In the post, 50 placed an image of his 50 Cent Is the Future cover, which features himself, a gun-wielding Lloyd Banks and Tony Yayo, above an image of Migos striking their instantly memed pose just before they were about to jump into a fight with the Slaughterhouse member.

“Was this a 50 Cent moment? Was Joe about to get popped on? Let me see, yeah the young boys was getting ready to get on ya head Joe. Talking bout you got a hot 16 LOL,” Fif captioned the photo.

The incident that Fif’s referencing came about during Budden and DJ Akademiks’ interview with Migos at the BET Awards. After telling Akademiks to “wrap up” the interview, Budden dropped his microphone and walked off the set.

Taking umbrage to Budden’s abrupt exit, Quavo, Takeoff and Offset stood up and prepared for action. For a moment, it legitimately looked as if all hell might break loose, but thankfully, nothing popped off.

#50cent speaks. (Btw tell 50 we need him on #everydaystruggle for a episode)