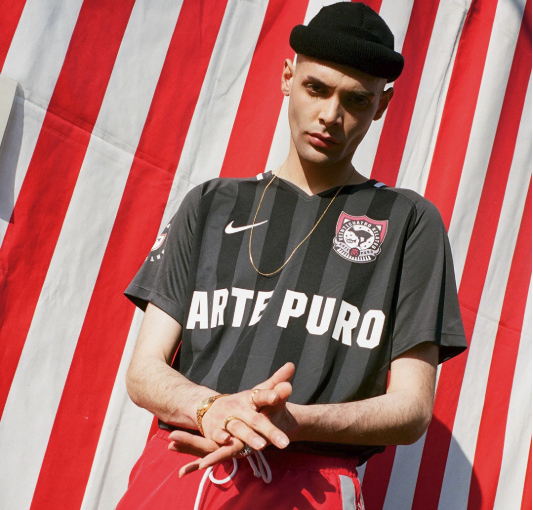 Following on from football-influenced releases with Le Coq Sportif and Hummel HIVE, Barcelona-based 24 Kilates has now teamed up with Nike for a soccer jersey. Titled “ARTE PURO” — which translates as “pure art” — the jersey pays tribute to Spain’s history and football past, with the team one of the most successful national teams in recent memory.

The jersey comes in a black and grey striped colorway, with a red crest and polka-dot number on the reverse. The color palette used for the numbers is a nod to Spanish flamenco dancing, while the badge on the chest references traditional folklore. The limited edition kit will release at 24 Kilates store in Barcelona on May 31, before releasing at the brand’s Bangkok store at a later date.

In other Nike news, check out the new “Sepia Stone” Cortez colorway.